Stavros grew up in Sidirokastro, a small city in northern Greece and at the age of 18, ventured to Edinburgh to study for a degree in computer science at Heriot-Watt University.

After graduating in 2002, Stavros commenced his hospitality career as a bar supervisor at The Carlton Hotel in Edinburgh and over the subsequent 17 years, progressed through food and beverage roles on the world’s largest ocean liner RMS Queen Mary 2; and at Hyatt Regency Thessaloniki in Greece; Hyatt Regency Dushanbe in Tajikistan; Sani Resort in Halkidiki, Greece; Hyatt Capital Gate Abu Dhabi (now an Andaz); Grand Hyatt Dubai; Rixos The Palm Dubai; Palace Downtown in Dubai; and Park Hyatt Saigon in Hồ Chí Minh City. Stavros was the General Manager of Park Hyatt Maldives Hadahaa before joining the team at Park Hyatt Siem Reap, the 5-star luxury hotel in Siem Reap.

“I am excited to join the award-winning team at Park Hyatt Siem Reap and to work with them to achieve even more in the years to come as well as to continue our CSR activities that we do for the local community in Siem Reap”, says Stavros of his new role.

Stavros is married to Dia who loves adventure and travel. They have a two-year-old son Harris who has already taken more than two dozen flights to numerous countries. Stavros would describe himself as enthusiastic, friendly and always looks for new experiences and learning new things. 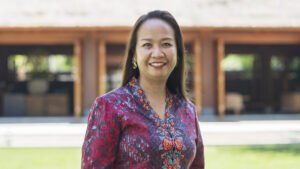 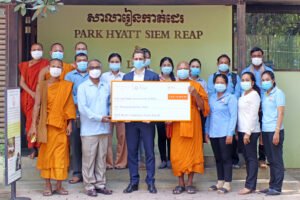 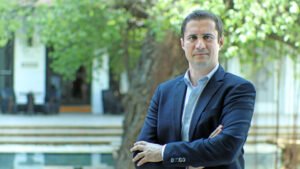 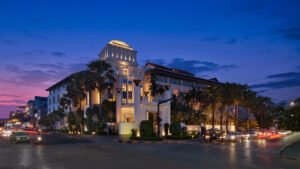 Park Hyatt Siem Reap today announced that the hotel will be welcoming guests back from [...] 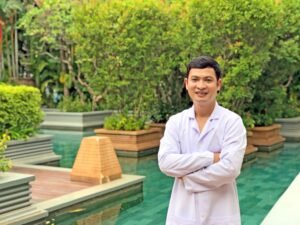 Park Hyatt Siem Reap, a luxury hotel in Siem Reap, is pleased to announce that [...] 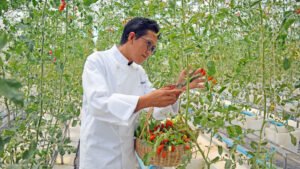 he first seeds have been planted at Theam’s Organic Farm at Park Hyatt Siem Reap, [...] 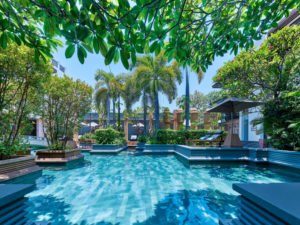 Enriching Experiences Close To The Wonders Of Angkor

Make the Most of Your Stay at Park Hyatt Siem Reap with Added Value Savings [...]